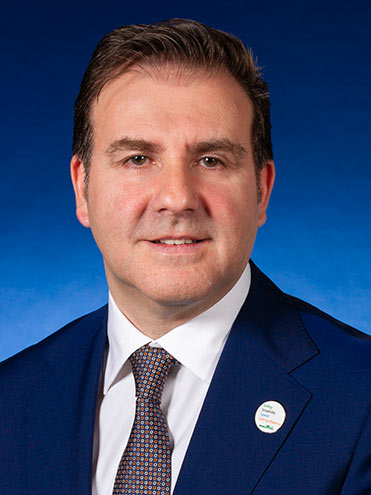 Francesco Maione is president, Americas, at Air Products. He is responsible for the growth and profitability of the company’s Atmospheric Gases and HyCO product lines, as well as Operations, across North and South America.

Mr. Maione joined Air Products in the U.K. in 1998 as a financial analyst for the Tonnage Gases business. During his years at Air Products, he has held roles in the company’s key businesses, including Merchant Gases, Electronics, Tonnage Gases and Healthcare, and in key geographies, including Asia, Europe and the U.S. Mr. Maione became general manager of Southern Europe Industrial Gases in 2014, vice president‒Spain and Portugal for the Industrial Gases business in 2015, and vice president, Southern Region, Americas, in 2016. He served as vice president, Northern Region, Americas, and vice president and general manager, South America, prior to being appointed President, Atmospheric Gases, Americas in early 2020.

Before joining Air Products, Mr. Maione worked for multinational companies like Kuwait Petroleum in Italy and the French company Vivendi in London.

Mr. Maione holds a degree in business and economics from the University of Rome and an MBA from the LUISS University (Rome). He is also a qualified chartered accountant.